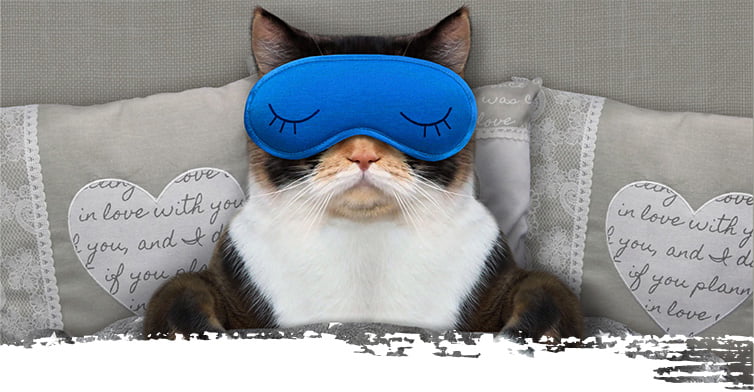 There’s no denying how important sleep is for all aspects of our health and wellbeing. But when you’re busy and on the go all the time, sleep is the first thing to get effected. A consistent bedtime routine could be the answer.

Apparently 40% of Australians get inadequate sleep – which costs Australia annually over $66 billion. I’ve worked out that if you supply that 40% with a year’s worth of sleeping pills, Australia can save itself just over $60 billion.

Who cares about getting to the source of the problem – just knock the fuckers out, and then Australia has spare money to buy us:

I do have one other (not so exciting, but free) solution though:

Studies have shown that good sleep hygiene can drastically improve your snoozing situation (when I say “good sleep hygiene”, I’m talking about healthy sleep habits, not mopping yourself up properly after a dirty dream).

So I thought I’d share my sleep routine with you, in the hope that it might inspire you to create your own.

Mine comprises of 8 steps:

Measure the distance between the edge of the bed and your partner’s body, to ensure their gap is not greater than yours

Once equidistance from the borders of the bed has been achieved, maintain the position by spreading your legs to 45 degree angles and tensing.

Establish a death grip to the edge of the doona, to ensure equal and adequate coverage throughout the night.

Demand complete silence. Pushing and punching your partner is advised, should they expel any noise whatsoever – from any orifice.

Side note – my husband at one point wanted to book an appointment with the doctor because he was so worried about his major snoring issue. He thought there must be something seriously wrong with him as it was keeping me awake almost every night. In reality, his “major snoring” is actually a small (but deafening) puff of air that shoots out the corner of his mouth when he breathes.

After that however, I did agree to start wearing ear plugs – but I’m terrified that over time the diameter of my ear holes will expand and become convenient little burrows for tiny animals.

Establish and maintain total darkness. Duct taping the edges of the curtain to the wall is perfectly acceptable. As is forbidding your partner from exiting the bedroom at any time – lest a tiny ray of light sneaks in and burns through your eyelids.

Exiting the room is absolutely not authorised anyway – we’re talking noise, light, movement (I’ll get on to that), the ball-ache of re-establishing boundaries.

And this is the time when your doona is most at risk of being unevenly distributed. They think because you’re “half asleep” (as IF with all that commotion going on) that they can pull the dooner up and across with their body in one swift move as they re-enter the bed.

No fucking way my dear. I’m on to you.

Because what you fail to realise is that there’s a critical moment before you fully lay your head where your grip is compromised – and that’s my opportunity to take back my share – AND THEN SOME. This heinous crime cannot go unpunished. In one ninja move I supersize my death grip, pull the doona with inhuman force and wrap it firmly under my now completely rigid body. If you want your doona back, you’ll have to wrestle it from underneath 65kgs (yes, 65) of pure animosity.

It’s just not worth it mate. Walk away, and no-one needs to get hurt.

Let’s get on to Step Six:

Movement. Of course I’m not a monster – I will allow some movement, like the rising and falling of his torso so he can breathe (as long as it’s not too loud). But that’s it – anything more than that is just taking fucking liberties. I swear some nights it’s like sleeping on a bloody trampoline. The other night when he rolled over, I woke up in the middle of a half twist/seat drop combo. Very disconcerting.

So in summary – movement is not permitted.

Touching is only allowed when the temperature is below 18 degrees. In fact, at this point touching is essential. And I’m not talking about sexy touching by the way. The amount of touching is again determined by the temperature – as is the touching time. When it’s particularly cold – a spoon is recommended, for up to 5 minutes. After that your partner can get back to their zone, but still maintain contact at the border, so you can continue to utilise their body heat while adhering to all the steps. When hot, it’s advised to increase the internal borders so body heat can be kept at an appropriate distance and touching cannot occur.

Incidentally, my husband also has a sleep routine

Watch TV until the Mrs is asleep and then creep in as quietly as possible, so as not to wake the beast.

So what’s the moral of this story? We’re all different and have different needs, so find a routine that works for you and stay consistent in implementing it.