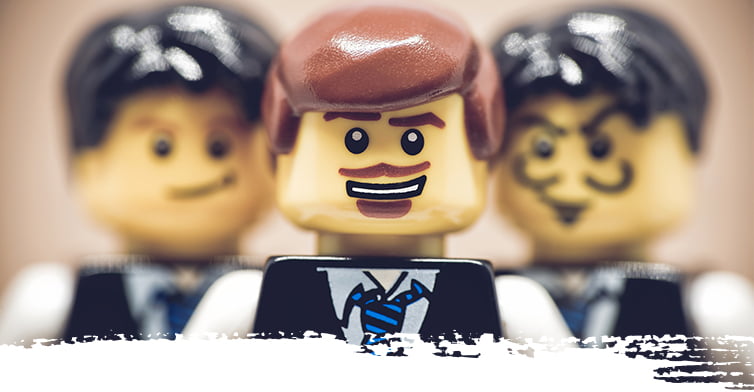 Business networking events come in all shapes and sizes. Find out what to expect from a typical event, and decide if it’s right for you.

It doesn’t begin when you get to the venue and walk through the door. Oh no. The networking anxiety starts as soon as you book your ticket. The moment you hit submit on the booking form you immediately start to think of reasons not to go – “I just don’t know if I have enough time. I should probably wait until I’ve got my new business cards ready. I’m pretty sure I read somewhere that networking increases your risk of cancer?”

“Anyway, I can’t go – I’ve got nothing to wear. I can barely do any of my good clothes up now, and even when I do, my muffin top spills over the edge like an overflowing river of self-loathing and regret. I should probably wait until I’ve lost a few kilos, then people will take me seriously.”

“But I need some bloody customers. I thought once I’d launched my new website I’d get heaps more enquiries, but the phone hasn’t rung once. What’s wrong with me?”

“Fuck it, I just need to suck it up (literally) and go to this stupid event. I mean seriously, what’s the worst that can happen? Um…I get a terminal disease and publicly humiliated. Fanfuckingtastic.”

Getting to the networking event

Right until you get to the event this mind fuckery continues. And of course, as soon as you step foot through the door all your fears come true. No-one speaks to you – they’re all already in their little groups, chatting away like they don’t have a care in the world. One or two of them will steal a moment while someone else is talking to glance over and look you up and down. But they inevitably decide you’re too fat to talk to, and carry on as if you didn’t exist.

So you make a b-line for the toilet and hang out in the cubicle, applying more war paint while you weigh up your options. You knew this was a mistake. You should probably just leave. No-one even knows you’re here anyway. Yes, that’s what you’ll do.

Just as you’re executing your escape plan, the worst happens – someone talks to you. Not just anyone mind you – Dave, the event host. Why’s he so fucking upbeat and jolly? It’s as if he actually wants to be here. While Dave is banging on and on about the brilliance of his networking group, you can’t help but think how ridiculously ironic this situation is – when you first arrived you’d have given your first born for someone to talk to you, and now you’d happily stand solo in the middle of the room with a nipple on, if it meant Dave would fuck off.

Luckily the networking Gods hear your subconscious cry for help, and Dave is called away to a name tag related emergency. But not before he finds the perviest bloke in the room to escort you to the drinks table. Thanks for your help Dave.

Pervy Pete is a very special character. He’s wearing a maroon tie that’s skewed to the left and half his shirt is untucked under his slightly crumpled navy blue suit, the pants of which seem to be a little too long. On closer inspection you realise it’s because they’re fastened below his protruding beer gut with a belt that appears to be clinging on for dear life. You have no doubt that what lies beneath is a pair of slightly sweaty boxer shorts, with elastic that’s given up and is now incapable of containing everything appropriately.

As you try to shake the image of his sticky ball sack from your mind, you’re abruptly tuned back into the room when something moist touches your face. You pray it’s not what you think it is, searching for all other possible reasons for your soggy cheek – maybe there’s a leak in the roof, maybe someone just popped a champagne bottle, maybe you did catch cancer and your face is melting off – but deep down you know. Peter seemed completely un-phased by the incident – continuing to make creepy comments and smash arancini balls into his fat mouth.

You don’t know what to do. You of course want to mop away the moisture and then promptly leave to bath in bleach, but you don’t want to make a scene. If Peter sees you drying his drool, there could be horrific consequences. He might be offended and upset, and expose you for the fraud you know you are. You can’t risk that. Without your ability to fake it, you’re never going to make it. So you do nothing. And Peter continues to talk to your chest while his cheesy slobber burns a hole in your face and you slowly die inside.

Eventually he gets distracted, “Ay up, here comes trouble”. “Oh Peter, what are you like” says a casually dressed bubbly woman as she approaches the table and extends a hand. “I’m Sally. Don’t let him give you any trouble, you’ve got to watch this one.” With that, Peter lets out a rapey laugh and a stringy piece of spit stretches from one lip to the other. You quickly swallow the little bit of sick that comes up and turn your attention to Sally.

Turns out Sally is a massive pain in the arse. After 10 minutes she still hasn’t asked for your name – she’s been too busy going on and on, and on, about the shit she sells. It seems like you’re talking to a robot – like she’s been programmed to say all the things and stripped of her own free will. You almost feel like you should just buy something, as you get the sense that she might be punished if she doesn’t make enough sales. You definitely don’t want that on your conscience. But what the hell are you going to do with a heap of candles and make-up made from vegetables?

You quickly realise however that you should have kept your poker face on. Even though you showed only the slightest hint of interest – BAM, she’s taken it to a whole new level. She now wants you to sell her shit for her! The only way out is to make a purchase, promise you’ll think about selling your soul, and run for the hills.

Weirdly, although at first it feels like time stands still and you can’t remember life before this bloody networking event, the end often comes quicker than expected, because you’ve been occupied working your way through some of the other usual suspects:

Real Estate Richie. You might not see him coming as he slides in on his kilo of hair gel and slick charm. He’s all about numbers yeh, and sales yeh, and fast cars and women yeh. Don’t be fooled by his swanky exterior though – underneath Richie is actually a scared little boy who just wants to be loved.

Leanne the Life Coach. Leanne is easy to spot – she’s the one floating a couple of feet above everyone else, being followed by rainbows and unicorns. I hope you like quizzes, because talking with Leanne is like being on Mastermind – and the specialist subject is YOU, always you – whether you like it or not.

Is business networking for you?

So eventually you make it home, a little dazed and confused about what just happened. You run the evening’s events over and over in your mind, berating yourself for all the stupid things you said and trying to make sense of it all. On the one hand you found the whole experience excruciating – it was like the first day of school again, standing in the middle of the playground feeling completely self-conscious and praying you’ll be accepted. But on the other, it felt strangely comfortable. Sure, a lot of the people seemed a little mentally unstable and like they were mostly busy just trying to look busy – but isn’t that what small business is all about?

Like an absurd theatre show you all assumed your characters and took your position on the networking stage, where for those two hours you could feel like a star, and like you belong. Perhaps this is the foundation upon which all successful networking groups are built? A convenient solution to fill the gaping hole of loneliness?

You’re conflicted. The thought of putting yourself through that again makes you want to stick spoons in your eyes, but at the same time you just don’t know if you can resist. Like a drug addict you keep telling yourself you shouldn’t. But before you know it, you’re back in front of the computer, hitting that submit button, and freaking out about your gigantic muffin top.

Welcome to the wonderful world of networking.