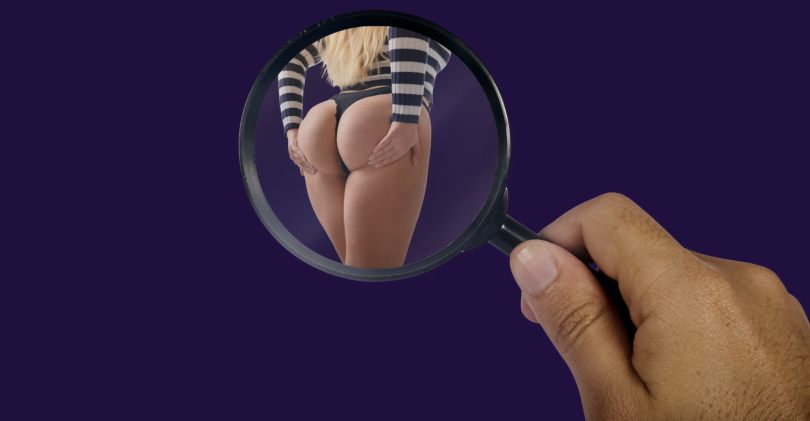 Officials announced today that efforts to find the perfect female body are being stepped up, following the release of new statistics showing that lifestyle related disease and mental health issues are at an all-time high.

“We’ve had a special task force out in the field for decades trying to track down the perfect female body. They were initially deployed during the Women’s Liberation Movement, when studies conducted by Oxford University professors lead them to conclude that women will never truly be free until they believe the perfect body has been achieved.”

The professors predicted that failure to locate the perfect body would result in a worldwide epidemic of insecurity and inferiority in women, which would be incredibly damaging to their progression, and likely their physical and mental wellbeing.

Officials hope the additional resources being put into the task force will allow them to find the perfect female body once and for all, so they can put an end to the suffering and free women to live healthier, happier and more fulfilled lives – and have better sex.

Head of task force, Brian Fica, says they’re staying optimistic, despite the fact that the perfect female body has eluded them for over 50 years.

The search for the perfect female body shape

Initially in the 60’s they thought it was thin and petite, but then in the 70’s it grew bigger breasts. When they thought they caught up to it in the 80’s it had become more athletic, but it got away with a cunning move that resembled the walk of an Egyptian.

By the time they located it in the 90’s it looked like it needed to go to rehab, but then in the 2000’s it had clearly been back to the gym and seemed to be changing colour to various shades of brown and orange.

In the 2010’s they almost gave up, but then they received a mysterious phone call with a cryptic clue: “If you’re still searching for the perfect female body, check in with Freddie circa 1978”.

Brian recalls, “The entire task force was incredibly confused. Freddie? Freddie who? The most famous Freddie at that time was Freddie Mercury, but what would he know about the perfect female body? He thought fat bottomed girls made the rocking world go round, but that hadn’t been true since the 1950’s.”

“The perfect body had spent the last 60 years running from the hourglass figure, we just didn’t think there was any way it would undo all that effort and return to its original form.”

Despite their scepticism the task force broadened their search criteria to include a more voluptuous derrière – and what do you know, the scent got stronger!

They followed the scent to Instagram, which was bursting with photos and appreciation for big booties. It appeared they’d finally found what the world has been searching for. And how incredibly ironic that it had led them right back to the place they first started – 60 years of people’s lives and taxpayers money had been dedicated to this project, had it all been for nothing?

Upon closer inspection however, the force realised that Instagram was actually bursting with photos and appreciation (and criticism) for all different types of bodies. Every lead they’d followed since 1960 was there – skinny, busty, athletic, tanned, pasty, fat bottomed – and so many more, including ones that didn’t even look human, or female.

It was this that prompted Brian to request additional resources. “I’m determined to find the perfect body before I’m forced to retire in a couple of years. I did think for a while that maybe it didn’t exist, but women seem so adamant that it does, I knew I had to keep going and complete the mission.”

Does the perfect female body exist?

Successors of the Oxford professors however now believe that there is no such thing as a perfect female body. In fact, their recent studies have concluded that the perfect female body can be held in the same regard as a unicorn – a mythical creature that exists only in the imagination.

If this is true, what will it mean for the future of females?

According to the professors, it means that the potential for women to truly progress and indeed excel is massive. Their findings show that when women relinquish their need to achieve the mythical perfect body and focus their efforts on having a healthy body, in whatever form it takes for them, their levels of personal satisfaction and confidence increase dramatically.

Subsequent studies of the same groups showed that this led to a reduced risk of cardiovascular disease and dramatically reduced levels of stress and anxiety. Participants reported greater levels of energy, boosted productivity, improved BMI and weight management, healthier relationships and an enhanced sense of enjoyment throughout their daily life – despite the fact that their workload and responsibilities hadn’t changed.

One participant told us, “I couldn’t believe how much headspace I had when I stopped obsessing about having the perfect body. I noticed I was a lot less judgemental and stopped comparing myself to others constantly, which gave me the freedom to focus on the things that are actually important – and have a good time in the process.”

Officials are currently reviewing the validity of these studies and will make a decision regarding the future of the task force in the coming months.