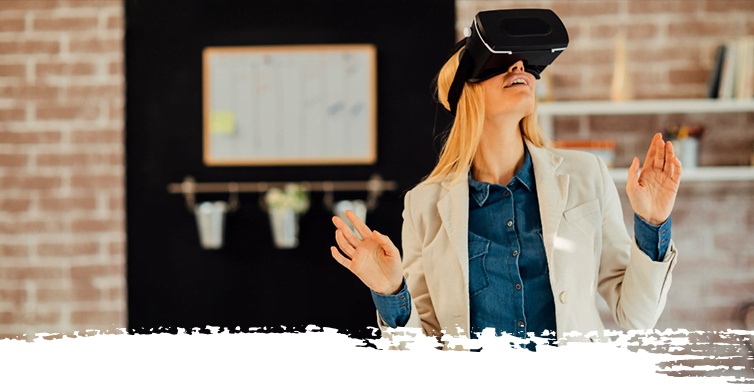 With the new financial year rolling in, the Small Business Governing Authority (SBGA) has launched an exciting new technology that is predicted to increase the rate of business goals achieved by as much as 98% by EOFY 2023.

According to spokeswoman Georgina Hemmingway, over the last 5 years the SBGA has invested heavily into researching what really motivates small business owners.

“After releasing our report in 2017 that found most businesses fail within the first 6 months, we knew our next project needed to focus on understanding what the determining factors of success are…we noticed very quickly that the biggest identifier of success was the business owner’s ability to set and achieve effective goals.”

The research also revealed that the top reason for businesses not reaching their goals is the fear of failure. SBGA’s resident Behavioural Analyst, Miss. D. Meanor commented, “It was really quite extraordinary, we discovered that business owners will go to remarkable lengths in order to avoid failure.”

Miss Meanor and her team of experts found the most common behaviours adopted in these circumstances include:

As a result the SBGA commissioned the development of ground breaking technology designed to mitigate these self-sabotaging behaviours by giving the business owners a more realistic perspective of failure.

The technology, appropriately called “The Failometer”, comprises non-invasive electrodes and a VR headset. Once hooked up the participants are asked a series of questions designed to access specific parts of their brain associated with their innermost desires. With the help of the VR technology they are then transported into their future, where they can experience the joy of achieving everything they crave for themselves and their loved ones.

Once true elation is detected, the Failometer abruptly erases the scene and replaces it with an alternative future scenario; one in which the participant did not achieve everything they wanted. Upon detection of sadness, disappointment and guilt of letting themselves and the ones they love down, the Failometer inserts imagery of the participant’s current self-sabotaging behaviours.

According to the brain imaging taken throughout the process, this is where the perspective shift happens. Miss Meanor explains, “At this point we can physically see the focus of the brain change, as participants realise that their desire to achieve their longer-term goals and create a secure and comfortable future for themselves and their loved ones is greater than their short-term desire to avoid failure.”

The final part of the process gives the participant the opportunity to defeat their self sabotaging behaviours by handing them a virtual self-confidence cocktail. Once consumed, the Failometer waits for the participant to reach satisfactory levels of feeling comfortable in who they are, and then throws a few common business challenges at them to ensure they have the confidence to stay true to who they are and remain focused on what’s important.

Upon completion the participant gets transported back to their desirable future where they enjoy a celebratory party with everyone they love and an abundance of delicious snacks that don’t result in weight gain.

Initial trials of the technology have been incredibly positive; in addition to increased goal achievement, participants have also reported reduced levels of anxiety, greater motivation, and a rise in their patience with their partners.

The technology is due to be rolled out in waves across the country throughout the coming year.