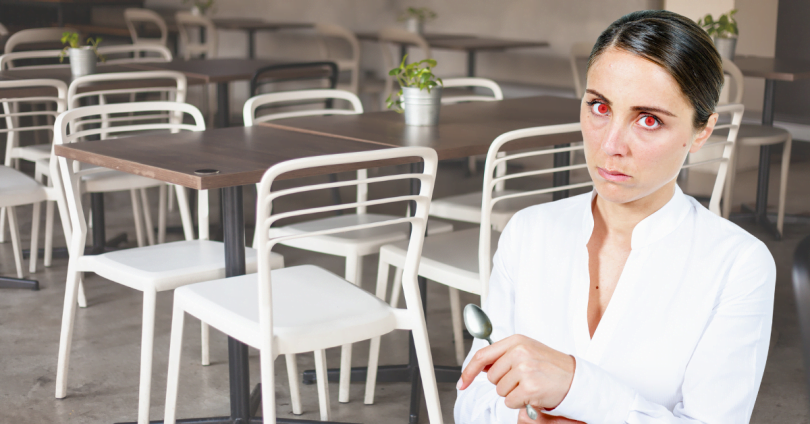 Senior Manager of a large financial firm, Sarah MacNamara, was arrested yesterday afternoon following an incident with a co-worker that resulted in him having to go to hospital.

Richard Davidson, also a Senior Manager for a different department, is currently undergoing scans for suspected internal bleeding and a possible cracked rib.

“I couldn’t believe it,” says Davidson, “She just came at me out of nowhere with a teaspoon and a whole lot of rage.”

Police are still trying to ascertain what happened. Sergeant Lachlan states, “At this stage we’re still piecing together the events that lead up to the attack. Evidence would suggest it was premeditated with a possible concealed weapon – we simply can’t see how MacNamara, a small-framed 65-70kg woman, could inflict such severe injuries with only a teaspoon.”

Witnesses to the attack reported that MacNamara, “Just seemed to flip”. Upon entry to the kitchen she was apparently laughing with a colleague, but as soon as she looked in the fridge they said, “It was like she became possessed.”

“She slammed the fridge door shut and marched into the dining area, scanning the room like she was the Terminator. She locked on to Richard and pretty much flew across the room at him, waving her teaspoon and screaming something about how she was trying to be good and he’d ruined everything.”

A spokesperson for MacNamara told us that she is pleading temporary insanity to the police. She apparently doesn’t remember anything about the incident, except that Davidson provoked her by taking the last chia pudding, and is claiming that she was under the influence of “hanger” and cannot be held responsible for her actions.

More to come as the case unfolds.