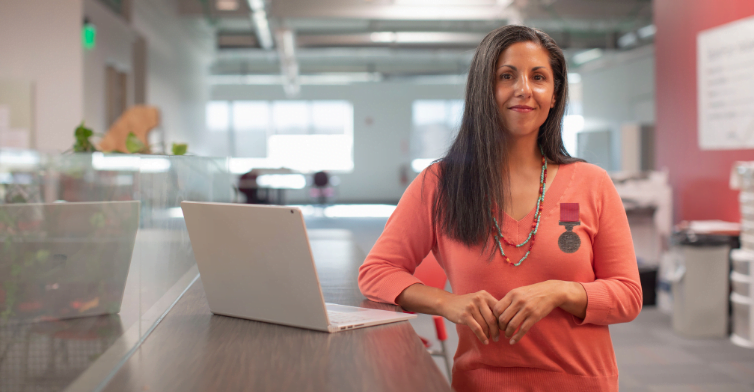 Local businesswoman, Sarah Stacey, was presented yesterday with a medal in bravery for saying “No”.

Stacey shocked the business world with her unprecedented behaviour when she refused to take on the treasury role for a networking association she holds a membership with. The leadership team were so taken aback by her rejection, they had to call an emergency meeting to discuss the future of the association, and indeed business as a whole.

According to Stacey, saying no was the most challenging thing she’s ever done – even more so than childbirth. “I always say yes, even if it extends me beyond my means, because I hate letting people down and I don’t want them to think badly of me…but I already feel like I’m drowning in responsibilities, so something inside me said I had to draw a line.”

This award comes at a time where levels of stress are higher than ever; 1 in 3 Australians report having significant levels of distress in their lives, and 1 in 4 report above normal levels of anxiety.

Experts say this fear of saying no is causing women to put themselves under even more pressure, and consequently their physical and mental wellbeing is suffering, as well as their relationships and ability to achieve all their goals.

The Governor-General says Stacey’s story is truly remarkable and sends a message of hope to all women. “We hope Sarah’s bravery will show women that they don’t have to be everything to everyone, and that setting boundaries is not selfish – rather, it allows them to make a bigger impact and be there for the people who matter in an even greater way.”

At the same time however, Stacey’s actions have sent ripples throughout the business world and sparked fears that productivity levels, and therefore profits, will plummet.

An anonymous source for a well-known International business association told us, “The economy has come to rely on the hard work of women and their ability to juggle multiple responsibilities at once. While we support greater work life balance, there are concerns that a drastic decrease in productivity levels will cause the economy to crash.”

Stacey responded, “I too used to fear that my business would suffer if I didn’t maintain the level of work I’d become accustomed too, but as soon as I started making myself and what’s important to me more of a priority, I was actually more productive than ever. I learned that productivity is not just about doing as much as possible, it’s about doing the right things effectively and letting go or saying no to whatever I can if it doesn’t serve me and my goals.”

“As a result I can now say “Yes” to more of the good stuff, which makes my partner very happy indeed…although I may have to get back to a few more noes, as I don’t think I can keep up with this pace.”